A Thank You to Moms Everywhere! 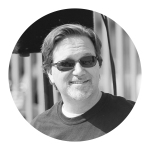 As I was thinking about Mother’s Day this year, so many passages came to mind from the Scripture about moms who made a difference. They each revealed a well-placed faith in God that allowed them to make a profound impact on this world. As you look at their qualities, think of a mom today that you can thank for living out this high calling.

Eve – the Mother of all

Eve was the mother of all living people. In fact her name means ‘living.’ Imagine being the first woman to be married. She was the first to give birth to a child, the first to experience the death of one of her children (Abel), the first to see one of her children leave and wander (Cain), the first to be tempted and see the affects of sin in her family. But through it all, she saw her son Seth, grow up in faith and his lineage began to call upon the name of the Lord (Gen. 4:25-26). Eve did not give up. She pressed on in her role to ‘Be fruitful and multiply and fill the earth and subdue it’ (Gen. 1:28). She received the promise from God of a marvelous promise of redemption (Gen. 3:15). One day Jesus would come through her offspring and crush Satan through His work on the cross. Eve teaches us, among other things, that mother’s have a remarkable ability to change the world through their children. She was not perfect. No mother is. But they bring us into the world. They nurture us, they provide for us, and they even point us to the Savior. Even if you had a very difficult relationship with your mom, you can still honor the fact that she labored to bring you into this world. You are alive today because she did not abort you. Thank a mom today for bringing life to this world!

Jochebed – the Mother of Moses

When Pharaoh decreed that midwives were to kill all Hebrew boys when they were born, the midwives refused to participate in this infanticide. So did Jochebed, the mother of Moses (Ex. 2:1-4). She displayed beautifully the protective nature of motherhood and this overpowering love to preserve the life of her child. She hid Moses in a basket and set him afloat on the Nile River to save him. Pharaoh’s own daughter found him, adopted him, and named him. Through God’s providence and mercy, Jochebed became Moses’ nanny and was even paid by the king to nurse her son. Mothers protect. Mothers protect their children physically and keep them from danger, but they also protect children morally by teaching them right from wrong. They protect emotionally by guiding their kids away from things that would hurt them. They protect their children spiritually by bringing them up in the righteousness of the Lord. Thank a mom today for the protection they give to their children!

Hannah – the Mother of Samuel

Hannah is known for her prayers. She sought the Lord for many years asking for a child (1 Sam. 1:24-28). Year after year she prayed. She never gave up. Hannah told the Lord that if He would give her a son, she would dedicate him to the Lord’s service. She was essentially saying, ‘Give me a son and I’ll give him back to you.’ God answered that prayer. Don’t ever think that God doesn’t answer prayers concerning your children. Prayer heals. Prayer strengthens. Prayer conquers. Prayer changes everything. And as God blesses, continually support your children in doing the Lord’s will. Hannah exemplified that to us. Thank a mom today for their powerful prayers!

Eunice – the Mother of Timothy

Eunice was a single mom in a chaotic world. She was a Jewish believer in Jesus who had been married to an unbeliever who was Greek. We don’t know if he left or died, but Eunice became the single parent of Timothy. Through it all, she led her boy to know the Lord. She taught him the Scripture. Paul reminds Timothy, “From childhood you have been acquainted with the sacred writings” (2 Tim 3:15). He knew the Word and that made all the difference. Eunice was taught the Scripture by her own mother Lois. I believe this instruction in the Word (2 Tim. 3:16-17) was used by God to prepare him for service to the Lord and gave him a good reputation among the people in the city (Acts 16:2). Eunice didn’t have money and possessions to give Timothy. But she gave him something greater. She left a legacy of knowing Scripture and pointing her son towards the Savior. Eunice served the Lord and Timothy would follow in her footsteps. Thank a mom today for their instruction and counsel over the years!

Mary – the Mother of Jesus

At the foot of the cross of Jesus, stood his mother. She was loyal to her son even in death. Mothers are remarkably loyal to their children. No matter what they go through, moms don’t give up. It doesn’t mean they condone everything their children do, but they press on. They pray. They patiently endure. Many of us have moms who could have given up on us long ago, but they hung in there. Constantly hoping. Always wanting the best for their children despite the circumstances. Thank a mom today for their loyalty and love!

Every one of us either has a mother, had a mother, is a mother, is married to a mother, or knows a mother. Motherhood has affected you in one way or another. Say thank you to a mom this week for their profound impact on this world!